The Mainstream Players Are Making Way Into Crypto Payments Arena

Both businesses as well as consumers including American Express, PayPal, Microsoft and recently, Santander Groups have developed a keen interest in taking advantage of the promised speed, low cost as well as the decentralization of cryptocurrencies. However, there is one major factor which is causing hindrance in the way of wide-scale adoption despite the denial of many crypto-enthusiasts: the businesses and the consumers cannot tolerate the volatility of bitcoin as well as other cryptocurrencies when it is used as money or other forms of exchange. 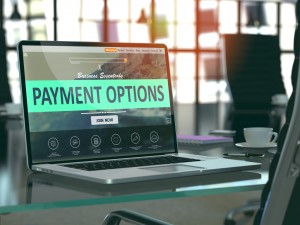 So that this obstacle can be removed, stablecoin which is a new class of cryptocurrencies has emerged. The major objective of the stablecoin is to tame the volatility by tying their cryptocurrency units to a less volatile, existing asset which would be a fiat currency like U.S. dollar. Stablecoin can be divided into two major group based on the approach which is used for keeping their unit values stable: algorithmic stablecoins and asset-backed stablecoins.

Asset- backed stable coins like Tether and TrueUSD, mainly tie their unit to either cryptocurrencies owned or fiat currency and are managed by a central party. These cryptocurrencies mostly offer users the reassuring and familiar notion of literally having “money in the bank.” However, suspicion arise because these coins are centralized and can also be predicted whether it is justified or not that these backing assets may have been stolen, spent, or frozen by the government or a bank. For instance, its market capitalization is more than $2 billion, and there are rumors about the unavailability of backing assets which have dogged the projection of the Tether for some months now.

kUSD is a good example of algorithmic stablecoin and it is produced by Kowala with the aid of a unique protocol. The kUSD blockchain manages the value of its coin by adjusting the supply of the coin in response to the price in the market: if the price is more than $1, enough additional coins are produced so as to reduce the price. Also, if the price is less than $1, coins are burned through a small supplemental transaction fee. The forces of demand and supply can be used to smooth out and also speed up the resulting price adjustments.

Cryptocurrencies which have stable value will make it very easy for the companies to include them into future projects, especially those that are aimed at consumers who may not know much about digital currencies and have great interest in everyday use cases. As stable coins continue to make their way into the mainstream crypto market, we are going to continue to see mainstream players adopting these technologies so as to keep up.