We are in the fourth week of 2018, so we can still make New Year resolution and also keep them. With that being said, I would suggest the payment industry should aim for a smoother mobile payments experience for its clients.

Nowadays, there are many potential cracks in the mobile payments system which might cause a breakdown in the payment system. This would result to a great problem for the industry because the consumer can have a one-and-done mentality about the products and services which they decide to try. If something does not work after trying for some time, they would move on.

And there are some that would make their progress after one bad experience.

But what will occur if you are successful at the initial attempt but there is a problem down the line? That’s another challenge for the industry this New Year. If the industry needs a resolution, it should be to work together so that those cracks can be prevented from forming before they turn into a full-blown pothole.

The reason why this was mentioned was because of the two separate incidents which I experienced last month; the incident has caused doubt in my mind about the usage of my smartphone to pay for something in some situations.

After the initial problem which occurs with Samsung Pay (another issue entirely), I reloaded my card into the wallet and observe that my purchases were going towards my Samsung Reward stash. So, I started using Samsung Pay every day to pay for my coffee at Dunkin’ Donuts, except one day when it didn’t work on the first try. 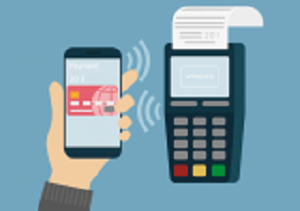 When I went to pick up my coffee at the designated area and the person in charge asked me to come back because there was an issue with the payment made. I walked back to the register, tapped my phone again, and we checked it together. Then after few seconds, everything was all good.

This might be an anomaly because I have not experienced another problem since then, but since then I have doubt using the payment system. Would I need to take my wallet with me whenever I want to take coffee?

Yes, this is the first problem but think about what the card networks and mobile payments providers are trying to do. The idea of making payment at any time with the device of your choice is what we have been hearing for a long time. But if I can’t truly do that whenever I want, then I would not feel comfortable to leave my wallet at home like it has been suggested by the industry.

The second incident which I experienced is more severe than the coffee problem because it involves a call to my bank so as to reverse some charges.

This is the reason why the experience was infuriating. That type of stuff just can’t happen, most especially in a transit environment where there might be several people behind you waiting to board a bus. And this is not the first time I will experience this problem on the CTA here in Chicago.

I understand that errors can occur because they are inevitable, but when you experience those types of failures repeatedly within few days, you will start doubting the system.

Regardless of the number of time I want to take my phone and walk to Dunkin’ to purchase a coffee, I usually hold my wallet just in case the phone doesn’t work.

The same thing is applicable to my transit adventure; I ensure my Ventra card has value on it just in case something goes awry with Samsung Pay. But that shouldn’t be a challenge if everything worked perfectly the way it was advertised.

The stage about unfamiliarity with proximity mobile payments has been passed in the U.S. most of the consumers are aware of the mobile wallets and have tries them as well. We only have a challenge about whether the transaction will go through every time.

An app can be intuitive to a customer and also work great but if the final leg of the journey has a setback and does not work, then everything that comes before it means nothing.

I understand that there are several moving parts. You have a mobile wallet provider, card issuers’ processors, merchant point of sale manufacturers, etc. all of them need to play a crucial role so as to eliminate the problems which arises.

And that’s exactly what the industry should resolve to work on in 2018. Be better and nearly flawless.