NFC or EMV, Which is More Secure?

We know all the hoopla is about EMV right now and rightly so. We have got to have more secure transactions at our stores and on the web or we’re all in trouble. As merchants across America are gearing up to be EMV compliant, we find that almost 60% of small businesses are not even aware of the transition. European countries have been using the technology for years and have reduced fraud substantially compared to when they were using the magnetic stripe cards. The liability shift started this year on October 1, 2015 and now merchants are responsible for fraudulent transactions and face heavy fines.

If you haven’t upgraded your terminal, we invite you to get a free placement terminal here from one of our recommended 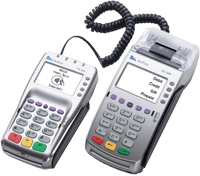 merchant services providers. We think you’ll be pleasantly surprised when you find your business is compliant but also has a better bottom line for your business with interchange-plus pricing. The great news about this terminal is it’s not only EMV compliant but also (NFC) Near Field Communication compliant as well giving you and your customers security peace of mind. You’ve seen them when you’re out shopping, it’s the one where customers can tap and pay. Check it out!

The adoption of new mobile payment technology is moving faster than anyone imagined and could very well make the EMV shift a thing of the past, but for now you need to be EMV compliant or you could be facing heavy penalties and fines.

Near field communication (NFC) is the set of protocols that enable electronic devices to establish radio communication with each other by touching the devices together, or bringing them into proximity to a distance of typically 10cm or less.

Early business models such as advertising and industrial applications were not successful, having been taken over by alternative technologies such as bar codes or UHF tags, but what distinguishes NFC is that devices are often cloud connected. All NFC-enabled smartphones can be provided with dedicated apps including ‘ticket’ readers as opposed to the traditional dedicated infrastructure that specifies a particular (often proprietary) standard for stock ticket, access control and payment readers. By contrast all NFC peers can connect to a third party NFC device that acts as a server for any action (or reconfiguration).

Like existing ‘proximity card’ technologies NFC employs electromagnetic induction between two loop antennae when NFC devices – for example a ‘smart phone’ and a ‘smart poster’ – to exchange information, operating within the globally available unlicensed radio frequency ISM band of 13.56 MHz on ISO/IEC 18000-3 air interface and at rates ranging from 106 kbit/s to 424 kbit/s.

NFC tags typically contain data (currently between 96 and 8,192 bytes of memory) and are read-only, but may be rewritable. Applications include secure personal data storage (e.g. debit or credit card information, loyalty program data, Personal Identification Numbers (PINs), contacts). NFC tags can be custom-encoded by their manufacturers or use the industry specifications provided by the NFC Forum, an association with more than 160 members founded in 2004 by Nokia, Philips Semiconductors (which became NXP Semiconductors in 2006) and Sony were charged with promoting the technology and setting key standards, which includes the definition of four distinct types of tags that provide different communication speeds and capabilities in terms of flexibility, memory, security, data retention and write endurance. The Forum also promotes NFC and certifies device compliance. There can be secure communications by applying encryption algorithm as it is done for Credit Card

[1]
and if it fits the criteria for being considered a personal area network.[citation needed]

NFC standards cover communications protocols and data exchange formats and are based on existing radio-frequency identification (RFID) standards including ISO/IEC 14443 and FeliCa.[2] The standards include ISO/IEC 18092[3] and those defined by the NFC Forum. In addition to the NFC Forum, the GSMA has also worked to define a platform for the deployment of “GSMA NFC Standards”. within mobile handsets. GSMA’s efforts include Trusted Services Manager,[4]Single Wire Protocol, testing and certification, secure element.[5]

A patent licensing program for NFC is currently under deployment by France Brevets, a patent fund created in 2011. This program was under development by Via Licensing Corporation, an independent subsidiary of Dolby Laboratories. This program was terminated in May 2012.[citation needed] A public, platform-independent NFC library is released under the free GNU Lesser General Public License by the name libnfc.[6]

Present and anticipated applications include contactless transactions, data exchange, and simplified setup of more complex communications such as Wi-Fi.[7]

Use of mobile payments by age:

Millennials are now young adults with over 52% using a smartphone or Apple Pay to make payments. The vast majority of these mobile payments are being made with Apple Pay for several reasons; the whole transactions takes just a few seconds, it works through Touch ID (Apple’s fingerprint technology) and Apple has extra layers of encryption which makes it virtually useless to fraudsters.

NFC Technology is More Secure than EMV. NFC technology offers three key security features – biometrics, secure element chips and tokenization. These elements are exponentially more secure than EMV because they are unique to a specific device and individual user.

Biometrics, for example, eliminate the need for consumers to enter a password on a device by incorporating user identification measures. These range from face, fingerprint, signature, and retina or voice recognition. Secure element chips found in NFC-enabled devices are a tamper-resistant platform that houses, processes and communicates data securely. Additionally, tokenization substitutes sensitive data with non-sensitive data, which masks a credit or debit card’s 16-digit card number and expiration date in order to help limit the impact of a data breach.

Not only is Mobile Pay more secure but it’s also more convenient. With an on-the-go consumer, getting things done faster is everything. While merchants are dealing with more regulation, the consumer wants things done on their timeline and EMV is simply not as quick when it comes to swiping traditional cards.

As Mobile Pay continues to gain ground in the payments arena, an easy way to solve the security issues and give the consumer what they want can be accomplished with an NFC capable device. Merchants such as Starbucks adopted the technology early on and report that as much as 21% of their total sales are made up of mobile payments and accounted for more than 200 million in sales.

Get your Free NFC/EMV Payment Terminal.

Here’s what an NFC or contactless transaction looks like: 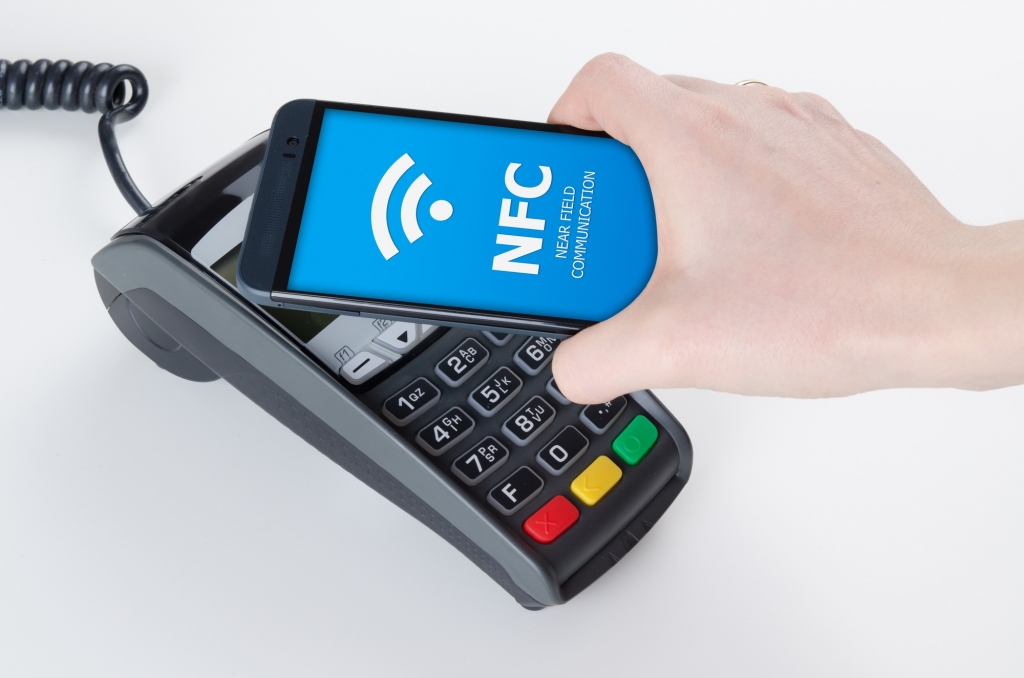