The Artificial Intelligence Which Can Keep Big Retail Breaches At Bay

Most of the well-known brands like Home Depot and Target have been affected by payment system data breaches for the past few years.

We can safely say that after the investigations, consumers were disappointed because they do not have strict security system as well as protocol which would prevent hackers from gaining access to their data. Due to the fact that it is high profile breaches, what was expected is that the governing bodies will make PCI compliance and regulation stricter. The unfortunate thing is that compliance does not equal to the security of data. 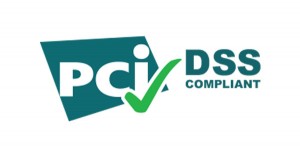 The compliance checks which are carried out nowadays are neither automatic nor continuous, even in some of the biggest global enterprise. Traditionally, the compliance audits are performed by organizations only once in a year but they need to be continuous so as to be effective.

And the worst thing is that most of the checks are manual and require a mundane process which will take a longer period of time, repetitive accuracy and a large quantity of resources to complete which is a bit difficult for humans.

In the financial service industry, a check can be completed within a day and the organization would be compliant. But when large amount of data is being processed and how IT infrastructure are being developed to enhance customers experience, the compliance check might be done by an organization just days or even hours later. A lot can be attributed from data breach perspective to the infrequent and arduous systems currently in place for compliance checks.

Hacker can have access to critical information as a result of a simple and unintended change to a network setting. However, as a highly regulated financial service company, there is likelihood that the vulnerability would not be observed after a thorough in-depth compliance check. In addition, there are many attacks which cannot be monitored manually due to the high expenses and inadequate cybersecurity staff.

In order to quickly identify and also solve critical security vulnerabilities before important data are stolen or exposed, there is need for financial service organization to continuously to cover security holes beyond their annual compliance checks. Organizations likewise need to put their faith in expert systems which are devoted to monitor various attacks and notify the appropriate personnel if there are loop holes so that they can act immediately and prevent hackers from capitalizing on the opportunity.

Artificial intelligence expert systems have been used to fight cybersecurity threats, to detect malware and also breach immediately they occur. But most organizations are not utilizing the full potential of AI.

Highly prized assets which are in the possession of critical data need effective security systems that do not rely on legacy security tools and human expertise. Al-based predictive systems that make use of statistical techniques (e.g., Levenshtein distance), can easily parse out fake sites from the real ones so that users would be warned of phishing threats, and also flag malicious apps from non-recognized sites before they are downloaded. AI predictive systems can also notify you whenever network administrators are sharing passwords, or patterns of employees that are frequently browsing malicious websites which might launch a phishing attack against an organization.

These systems would ensure that an organization would be able to prevent the breach and also react to them.

Because banking and payment systems are currently on mobile devices, there has been a shift to the device as a common target for malicious attacks. This was seen recently with the Android Marcher malware attack,  which target most financial services as well as banking customers.

Most organizations are having difficulties on how to handle mobile device management (MDM) from an internal security standpoint. There are some employers who have started rejecting the installation of the traditional MDM software on their bring your own devices (BYOD) because of privacy concerns; this implies that there are many unprotected devices which holds essential corporate data.

This increase in the number of end points calls which are not managed for predictive security systems to monitor the traditional infrastructure and the unmanaged device traffic. A big data behavior as well as pattern analysis is required for this, advanced analysis which is most appropriate for AI predictive expert system to handle.

The compliance is static and not continuous, not automatic and this does not mean that your organization’s systems are secure. Organizations which implement holistic, AI/automated, continuous breach would be able to identify the leakage of data as well as cyber-attacks against traditional enterprise infrastructure, mobile as well as internet-connected devices before their occurrence.